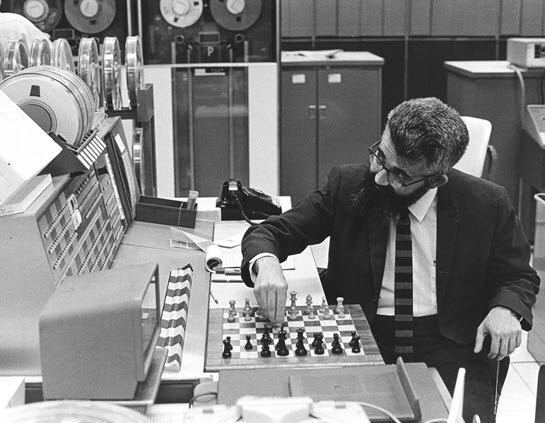 John McCarthy testing a chess program at the console of an IBM 7090 computer. 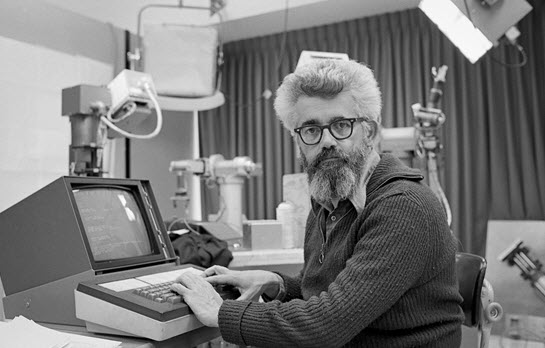 John McCarthy at a terminal in the SAIL computer room sometime in the 1970s. In the background is a robot arm and a vidicon camera used to look at the table, upon which mechanical assembly tasks were performed. 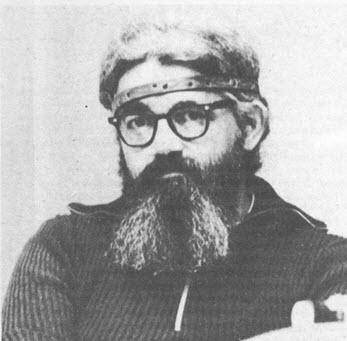 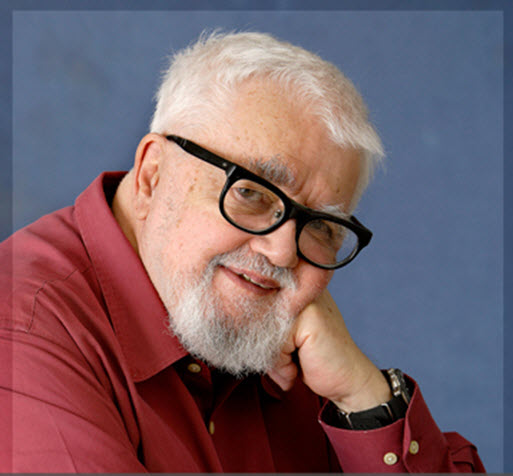