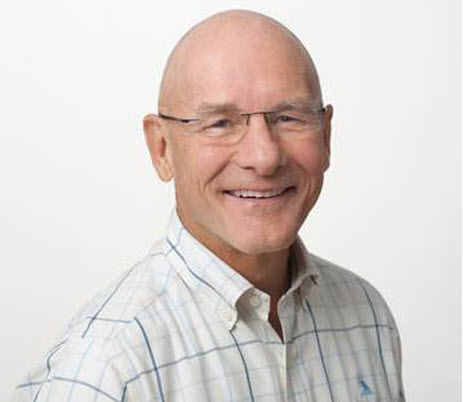 University of California at Berkeley (1977-2016), arrriving as an Assistant Professor and retiring as holder of the E.H. and M.E. Pardee Chair of Computer Science; Google, Distinguished Engineer (2016-present). Concurrent roles included President of the Association for Computing Machinery (2004-2006).

For pioneering a systematic, quantitative approach to the design and evaluation of computer architectures with enduring impact on the microprocessor industry.

Born in Evergreen, Illinois in 1947, David A. Patterson graduated from South High School in Torrance, California, and then enrolled at the University of California, Los Angeles (UCLA).  The first person in his family to graduate from college, Patterson received his Bachelor’s(1969) and Master’s (1970) degrees in computer science.  Patterson, a wrestler and math major, tried a programming course when his preferred course was cancelled (‘even with punch cards, Fortran, line printers, one-day turn-around—I was hooked”).[1]

Patterson married high school sweetheart Linda (raised near Berkeley in Albany) and with two young boys, he worked part-time (20-40 hours per week) on airborne computers at Hughes Aircraft for three years while earning a doctoral degree (1976) in computer science at UCLA.  The job hooked him on practical engineering results.   His thesis advisor was Gerald Estrin (also advisor for Vinton Cerf, Turing Award, 2004).

Patterson was hired into the University of California at Berkeley’s computer science/ electrical engineering department upon graduation. Patterson’s PhD thesis was on writable control store methods for operating systems, so he began his Berkeley career with Carlo Sequin working on the X-TREE project led by Alvin Despain.[2]  Years later, he called this modular multiprocessor system 'way too ambitious, no resources, great fun.’ [3]

Patterson took a three-month sabbatical at Digital Equipment Corporation (1979), where Joel Emer and Douglas Clark were starting measurements on a VAX minicomputer.   It had a very complex instruction set and hence a very large and complex microprogram.   Patterson worked on reducing micro-coding errors, concluding that simplifying instruction sets would “easily yield reduced errors.” [4]

Back at Berkeley, Patterson and Sequin teamed on a four-course series where they tasked graduate students to investigate these ideas. Patterson coined the acronym RISC (Reduced Instruction Set Computer) to describe a resultant chip, known as RISC-1, with 44,420 transistors.  A good companion computer for Berkeley’s work on UNIX operating systems and C programming techniques, it could handle large amounts of memory, and it used pipelining techniques to handle several instructions simultaneously. [5]

Instantly popular, the courses led to a Distinguished Teaching Award (1982).  Patterson’s acceptance speech acknowledged why he selected Berkeley: “When I graduated from UCLA, I went around interviewing at a lot of places,….  They really said, ‘….  Teaching is something we don’t care about—the coin of the realm is publication…’.  I was disturbed (because) that meant that I would be spending many hours of my life in front of a bunch of students, and if  I didn’t do a good job, I’d disappoint a lot of students.  If I did do a good job, I’d disappoint the people I worked for.  But when I came to Berkeley, it was great.  The electrical engineering/ computer science department emphasized that they really did care about teaching, ...” [6]

From 1982 to 1983, Sequin led the RISC-II chip project; Patterson managed collaboration between UC Berkeley and the ARPA VLSI program.  This 40,760 transistor chip, three times faster and half the size of RISC-1, became the highly influential foundation of Sun Microsystems’ SPARC micro-architecture.

Patterson first met John Hennessy at a meeting for DARPA funded research VLSI projects in 1980 or 1981 where each was presenting their ideas.  RISC-2 emerged simultaneously with Hennessy’s MIPS (Microprocessor without Interlocked Pipeline Stages) prototype at Stanford in 1983. Arguments between RISC vs. MIPS designs were soon dwarfed by their common thesis against CISC (Complex Instruction Set Computers), used by the entire industrial computer design community.

Years later, Patterson recalled:  “There is this remarkable point in time when it was clear that a handful of grad students at Berkeley or Stanford could build a microprocessor that was arguably better than what industry could build—faster, cheaper, more efficient….  RISC was very controversial, it was heretical….  We had a hard time convincing people of that.” [7]

Patterson resolutely resisted the lure of leaving the university to pursue the RISC technology in a company.  John Markoff, in the New York Times, quoted Patterson about the chance to start a company. "I made the choice between being happy and being wealthy." [8]

Patterson and Hennessy in 1990 codified their shared insights in a very influential book, Computer Architecture: A Quantitative Approach.  This book, now in its 6th edition, provided a simple, robust, and quantitative framework for evaluating integrated systems. [9]

Sun adopted the Berkeley architecture, while Silicon Graphics bought Hennessy’s MIPS.  Joel Birnbaum, John Cocke’s supervisor at IBM, brought RISC ideas to Hewlett-Packard.   A number of key micro-coded RISC ideas were incorporated into the Intel’s personal computer  chips, and then mobile products (e.g. iPhone) emphasized efficiency, power usage, and die size.  In their joint Turing Award speech at ISCA (2018), Patterson and Hennessy noted that an astounding 99% of the more than 20 billion micro-processors now produced annually are RISC processors, and are found in nearly all smartphones, tablets, and the billions of embedded devices that comprise the Internet of Things (IoT).[10]

Patterson today is a Distinguished Engineer at Google and serves as Vice Chair of the Board of the RISC-V Foundation.   An eternal optimist, Patterson notes that tuned hardware/software designs can offer dramatic performance improvements for deep learning applications, which he hopes will usher in a ‘new golden age of computing.’ [11]

When lecturing, Patterson frequently mentions his family, and his life-long enthusiasm for several activities, including soccer, wrestling, cycling and weight lifting.  He reminds listeners that teams are better than individual activity, noting that you cannot be a winner on a losing team, while all members of a winning team are winners by definition. He worked with his high school wrestling partner, Rick Byrne, to win the American Power Lifting California championship, setting a new national record for age and weight bench press, dead lift, squat, and all three combined lifts in 2013 at age 66.[12]  Patterson rode in the annual two-day Waves to Wine bike ride through the Bay Area from 2003-2012 and was the top multiple sclerosis research fundraiser for the group for seven straight years.[13]

Patterson was on the ACM Executive Council for six years, serving as ACM President, 2004-2006.  He took a sabbatical year to do that, explaining that for ‘a big job’ you need really to step up to it.  He also chaired the Computing Research Association, and served on PITAC for two years (Presidential Information Technology Advisory Committee).  His motto throughout has been, “It’s not how many projects you start, it’s how many you finish….  So, pick one big thing a year, and finish it.” [14]

For many professional occasions in recent years, including the 2018 ACM Annual Awards Dinner, Patterson proudly has worn a Scottish kilt to honor his forebears.  In his acceptance speech that evening, as well as in multiple other speeches in recent years, he cited his 50th marriage anniversary with his childhood sweetheart, Linda, who co-founded the East Bay Improv group in Berkeley many years ago. [15]

Patterson, made an ACM Fellow in 1994, is also a Fellow of AAAS and IEEE.  He has been elected to the National Academies of Engineering, Sciences, and the American Academy of Arts and Sciences.  Hennessy and Patterson have won a number of joint awards, including the John von Neumann Medal (IEEE, 2000), the Eckert-Mauchly ACM/IEEE award in 2001; Fellows for the Computer History Museum in 2007, and the ACM Turing Award in 2017.

[14] Patterson, David A., “How to have a bad career in research/academia,” Berkeley, November 2001; https://people.eecs.berkeley.edu/~pattrsn/talks/BadCareer.pdf