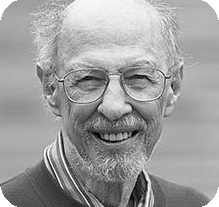 ACM National Lecturer (1964); IEEE W.W. McDowell Award for his work in the development of time-sharing systems (1966); member of the Computer Science and Engineering Board of the National Academy of Science (1970-1973); Fellow of the Institute of Electrical and Electronics Engineers (1975); Fellow of the American Academy of Arts and Sciences (1975); elected to the National Academy of Engineering (1976); American Federation of Information Processing Societies Harry Goode Memorial Award (1980); Fellow of the American Association for the Advancement of Science (1982); charter recipient of the IEEE Computer Society Computer Pioneer Award (1982); ACM Alan M. Turing Award (1990); ACM Fellow (1994); NEC Corporation Foundation Computers & Communication (C&C) Prize (1998); Fellow of the Computer History Museum (2012).

For his pioneering work organizing the concepts and leading the development of the general-purpose, large-scale, time-sharing and resource-sharing computer systems, CTSS and Multics.

Fernando José Corbató, known to everyone as “Corby”, was born July 1, 1926 in Oakland, California. His parents were graduate students at the University of California, Berkeley. When Corby was five years old his family moved to Los Angeles, where his father became a professor of Spanish literature at UCLA. World War II broke out while Corby was in high school in Los Angeles, so he graduated early and enlisted in the US Navy at age 17, becoming an electronics technician. After the war he entered the California Institute of Technology and received a BS in Physics in 1950.

Corby then went to the Massachusetts Institute of Technology for graduate school. While a graduate assistant at MIT, he was encouraged by Prof. Philip M. Morse to become expert in the use of the Whirlwind computer for physics computations. One project he worked on was the computation of wave functions, later published in a book by MIT Press [1].

After receiving his Ph.D. in Physics in 1956, Corby became a member of Prof. Morse's research staff in the newly formed MIT Computation Center, which then had an IBM 704 computer. He served as Deputy Director of the Computation Center from 1958 to 1965. As computer use increased rapidly at MIT in the late 1950s, Corby became familiar with their limitations.

Many users were dissatisfied with the way access to computers was managed. Computers like Whirlwind were used by one person at a time, and required signups in advance.  The Computation Center's IBM 704 was run in “batch mode”, where professional operators ran previously-submitted computational jobs. Both approaches required the programmer to wait for hours or days, and to wait again if the job had to be re-run due to an error.

A new idea called "time-sharing" was proposed at the end of the 1950s by several people, among them MIT Profesor John McCarthy (Turing Award winner in 1971). Several users would be connected to the computer at the same time.  It would switch rapidly between their programs, running one for a short time, then another. Each user would interact with his or her program using a Teletype-like device called a terminal.

In order for time-sharing to work, the computer would have to be able to interrupt a running job, save its state, find and restore another job, and start it up where it had been interrupted. Process control computers had such abilities at the time, but scientific machines like the Computation Center's IBM 709 did not. Furthermore, the supervisor program that switched between users had to be protected from being overwritten by a misbehaving user program.

In 1961, Corby proposed a small project on the IBM 709 that would demonstrate such interactive computing. With Bob Daley and Marjorie Merwin-Daggett, he built the initial version of the Compatible Time-Sharing System (CTSS) and demonstrated it in November of 1961.  It saved suspended programs onto four magnetic tape drives, providing simultaneous access for four time-sharing users who used modified Flexowriter terminals. CTSS was described in a paper presented by Corby, Merwin-Daggett and Daley at the 1962 Spring Joint Computer Conference [2].

CTSS was "compatible" in the sense that binary object programs that ran in batch mode could also be run interactively, and also in the sense that traditional batch processing could share the computer with time-sharing users. The system provided each user with a virtual IBM 709 computer that could execute user programs and system commands in response to command lines entered at a terminal.

CTSS development continued throughout 1962 and 1963. The Computation Center upgraded to an IBM 7090 (which used transistors instead of vacuum tubes) and added disks, drums, and an IBM 7750 terminal controller to its configuration.  The computer also had special modifications from IBM to support time-shared operation, and to protect the supervisor from errant user programs. CTSS was accessible from telephone dial-up terminals located in MIT offices and in the homes of researchers and staff members. CTSS evolved rapidly, and a manual for the system was published by MIT Press in 1963 [3].

In the Fall of 1962, J.C.R. Licklider and MIT Prof. Robert M. Fano initiated Project MAC, an interdepartmental laboratory at MIT focused on time-sharing and funded by the Advanced Research Projects Agency of the US Department of Defense. An important initial activity of Project MAC was a 1963 Summer Study, where invited computer scientists from many institutions came to MIT and used CTSS. It demonstrated that time-sharing not only used computers more efficiently, it also helped build a community of users. The Summer Study also motivated the MIT programmers to make CTSS a reliable service, not just an experiment.

In the fall of 1963, Project MAC acquired an IBM 7094 and CTSS began operating as a general service for MIT research projects.  The MIT Computation Center also upgraded its machine from an IBM 7090 to an IBM 7094, and continued to provide both CTSS and batch operation for academic users.

The plan for Project MAC included the development of a second-generation replacement for CTSS called Multics: Multiplexed Information and Computing Service. It was to be a prototype of a "computer utility" that provides computing and storage service to a large user community. Project MAC selected General Electric as the computer vendor, and enlisted Bell Telephone Laboratories to participate in the software design and implementation. CTSS was used as the tool for developing the new system.

A special session at the 1965 Fall Joint Computer Conference was devoted to six papers describing Multics, written jointly by authors from MIT, General Electric, and Bell Laboratories [4]. Multics was to be implemented on a new computer, the General Electric 645, which provided architectural support specifically for time-sharing.

Besides its utility-like orientation, the most significant feature of Multics was the integration of memory segmentation and paging (both of which existed in other systems) into a virtual memory system that provided a single level store for a shared memory multiprocessor. The virtual memory was organized into rings of protection, and special attention was given to making the system secure. Multics was implemented in the high-level language PL/I. Many industry watchers regarded the project as too ambitious.

Corby was chosen to lead Project MAC's Computer System Research group. He managed a group of about 30 people, coordinated with similar sized teams from Bell Laboratories and General Electric, which established design directions and priorities for Multics. One of his important contributions was creating a development culture that emphasized open communication, thorough review, and iterative improvement. He led Multics development from 1963 until the mid-1970s.

CTSS ran at Project MAC until 1968, and at the MIT Computation Center until 1973. Multics became available for general use at MIT in October 1969, and Multics systems were sold by General Electric and Honeywell from 1970 to 1987. The last Multics system was shut down in 2000.

Bell Laboratories withdrew from the Multics project in 1969.  Former Multics contributors Ken Thompson  and Dennis Ritchie began developing a simple and elegant operating system called UNIX, described as "one of whatever Multics was many of." UNIX was influenced by both CTSS and Multics.  Ritchie later wrote,
"In most ways UNIX is a very conservative system. Only a handful of its ideas are genuinely new. In fact, a good case can be made that it is, in essence, a modern implementation of MIT’s CTSS system. This claim is intended as a compliment to both UNIX and CTSS. Today, more than fifteen years after CTSS was born, few of the interactive systems we know of are superior to it in ease of use; many are inferior in basic design." [8]

Corbató and his late wife Isabel had two daughters, Carolyn and Nancy.  He also has two stepsons, David and Jason Gish, with his current wife Emily.