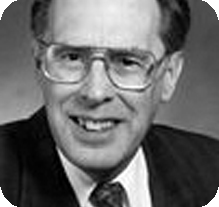 In an interview, which took place at the 1986 Fall Joint Computer Conference in Dallas, Texas, John
Hopcrofl and Robert Tarjan discuss their collaboration and its influence on their separate research today. They also comment on supercomputing and parallelism, particularly with regard to statements by FJCC Keynote speakers Kenneth Wilson, Nobel laureate and director of Cornell University's Supercomputer Center, and C Gordon Bell, chief architect on the team that designed DEC's VAX (and then with the National Science Foundation). Finally the Turing Award winners air their views on the direction of computer science as a whole and on funding and the Strategic Defense Initiative.

A transcript of that interview is available here.

Interview highlights from a National Academy of Sciences interview: “Hopcroft describes growing up in a poor but loving family in 1940s Seattle. His father, an English immigrant and janitor, encourages his son's interests in math, science and all things mechanical, and Hopcroft goes on to study electrical engineering in a nearby college. After switching over to computer science in the midst of his first teaching job, he joins forces with a former student to develop one of the first theoretical computer science textbooks. Hopcroft explains some of his theoretical contributions to the field, including his work on computer language "grammar" and on algorithms that can measure the efficiency of computer programs, and his current efforts to study search engines and the evolution of online communities. Hopcroft concludes with some thoughts on his students' success and on the importance of giving young people-even one’s own children-freedom to take risks.” This interview can be heard or downloaded here.