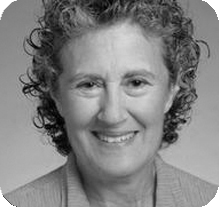 Stephen Ibaraki interviewed Barbara Liskov shortly after the Turing Award was announced. The 35 minute interview covers various aspects of her life and work. An MP3 audio version of this interview is available here and an edited transcript can be found here.

William Asprey, from the IEEE History Center, interviewed Barbara Liskov in 1991. The transcript of this interview (together with selected portions in an audio file) can be found here.

Janet Abbotee did another interview for the IEEE History Center in 2001. This later interview focused on NSF funding for her projects at MIT, including CLU, Argus, Mercury, Thor and Harp. Althouh focusing on her projects, the interview also covers a wide range of other topics from Liscov's time at graduate school, her thoughts on why there are not more women in the computer science, to her attitude towards work and family life. The interview is available here.