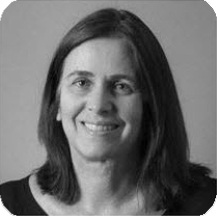 There are few algorithms in cryptography that can absolutely be proven secure. The most famous example is a “one-time pad”, where one uses an n-bit key to securely send an n-bit message across a channel that is subject to an eavesdropper.

For most cryptographic tasks, however, we know of no such proof of security. Even if we merely want to use an n-bit key to send an n+1-bit message, we know of no provably secure way of doing this. In fact, if P=NP (a statement we are unable to prove false), then most cryptographic tasks cannot be done securely. Most cryptography security proofs are therefore based on computational complexity assumptions. P ≠ NP is not strong enough, and one really needs an average-case version of P ≠ NP. One such assumption is that a specific function is “one-way function,” meaning that it can be computed efficiently, but cannot be efficiently inverted on the average. For many tasks, such as public-key encryption, even stronger assumptions are needed. An example of one of these stronger assumptions is that large random integers cannot be efficiently factored.

Shafi has done in interesting one-hour interview with Stephen   Ibaraki. The transcript text can be found here and you can listen to the audio recording as an MP3 file here.