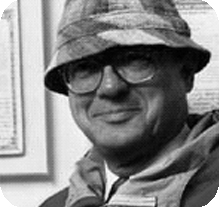 In September of 2004 Thomas Haigh conducted an in-depth interview with Charles Bachman as part of his work for the Special Interest Group on the Management of Data (SIGMOD) of the Association for Computing Machinery. This interview took two days and covered topics of his life and work in depth. The transcript of the interview is available here.

Another extensive interview was conducted by Andrew L. Russell , IEEE Computer Society History Committee, 9 April 2011. The contents of this interview are described as:

In this interview Charles Bachman, best known for his work as a database engineer and theorist, discusses another aspect of his career: his experiences with computer-communication systems. He describes his work with torn tape systems at Dow Chemical in the 1950s, his development of a manufacturing control system at General Electric in the 1960s, and his work on databases and distributed systems while working for Honeywell in the 1970s. Bachman also describes his involvement with industry standards committees organized under the auspices of the American National Standards Institute (ANSI) and the International Organization for Standardization (ISO), including his Chairmanship of ANSI and ISO committees working on standards for Open System Interconnection between 1977 and 1982. He explains his resignation from the Chairmanship after he joined Cullinane Database Systems in 1982 and his subsequent work developing data structure diagrams to clarify relationships between different types of computer architectures.

The transcript of this interview is available from the IEEE Global History Network and may be accessed here.