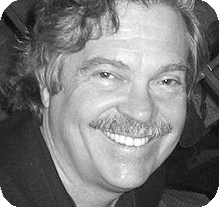 17 May 1940 in Springfield, Massachusetts

For pioneering many of the ideas at the root of contemporary object-oriented programming languages, leading the team that developed Smalltalk, and for fundamental contributions to personal computing.

Alan Curtis Kay was born in Springfield, Massachusetts on May 17, 1940. His father designed arm and leg prostheses, and his mother, a musician, taught Alan how to play. Kay grew up in an environment of art, literature, and science. He could read by the age of three and had read about 150 books before he started school. His family later moved to New York City where he attended Brooklyn Technical High School.

He started college, but left before graduation to join the air force. There he discovered computers and passed an aptitude test to become an IBM 1401 programmer. He gained experience working with a number of different machines, including the Burroughs B500. From this air force experience, Kay learned that a program can be designed with procedures that don’t know how the data are represented. This idea supported later development of object-oriented programming languages.

After the air force, Kay went back to the University of Colorado. In 1966, he earned an undergraduate degree in mathematics and molecular biology from the University of Colorado. He also worked as a professional jazz guitarist. He then went to the University of Utah where he was awarded MS in Electrical Engineering and, in 1969, a Ph.D. in Computer Science. Much computer science research there was financed by the Department of Defense’s Advanced Research Projects Agency (ARPA), and Kay was one of the many graduate students who attended ARPA-sponsored conferences and contributed to ARPA research and projects such as time-sharing and the ARPAnet, the forerunner of the Internet.

At the University of Utah, graduate students were encouraged to work on practical computing projects. Kay teamed up with Edward Cheadle, who was working on the design of a small computer for engineers. Together they designed “FLEX” to have sharp graphics and windowing features, and called it a “personal computer.”

After considering these technologies and ideas, Kay made a cardboard mock-up of a tablet-style personal computer with a flat-panel display screen and a stylus. The technology of the time could not capture Kay’s vision for personal computing, but he knew from Moore’s law that eventually it would. Kay continued working on the FLEX project and finished his doctoral work in 1969. His thesis was called the “Reactive Engine.”

After graduating from Utah, Kay became a researcher at the Stanford Artificial Intelligence Laboratory and developed programming languages. He began to think of a future with book-sized computers. Influenced by the Logo project, he particularly wanted to see how children would use them, and made sketches of “KiddieKomputers”. These ideas were later integrated into the design of the Alto computer.

In 1971 Kay joined the Xerox Palo Alto Research Center (PARC). PARC had been started by the Xerox Corporation in 1970 to do long-term research for “the office of the future.” Kay was hired to run The Learning Research Group, and he established the following goals:

Kay was a visionary force at Xerox PARC in the development of tools that transformed computers into a new major communication medium. His credo was, “the best way to predict the future is to invent it.” One of his visionary concepts was the Dynabook, a powerful and portable electronic device the size of a three-ring notebook with a touch-sensitive liquid crystal screen and a keyboard for entering information. Kay is recognized for inventing ideas that became the future. Laptops, notebook computers, and tablets have roots in the early concepts of the Dynabook.

Kay also realized that computers could become a “metamedium”—that it could incorporate all other media. As a new medium, computers could have the same impact as the Gutenberg printing press. McLuhan’s ideas about the cultural impact of the printing press influenced Kay’s choice of the name “Dynabook,” because computers produce dynamic representations of information rather than static book pages.

People needed a method for interacting with the new computer medium. To help with this, Kay and the members of his lab created graphical interfaces and the Smalltalk programming language.

Kay’s philosophy for designing interfaces was based on the learning research of Jerome Bruner, who was influenced by Jean Piaget. Continuing the research, Bruner contended that the mind has multiple intelligences. Using learning theory in interface design helped Kay’s develop computer technology that children could use.

Bruner argued for the existence of different learning mentalities, which suggested to Kay a model for interface design called ‘Doing With Images makes Symbols.” The “doing” was interacting with a mouse, the “images” were icons on the computer screen, and the “symbols” were the SmallTalk programming language.

SmallTalk was originally designed as a graphical programming language. However, it soon became a complete integrated programming environment with a debugger, object-oriented virtual memory, an editor, screen management, and user interface. SmallTalk was the first dynamic object-oriented programming language. It ran on the Alto computer, envisioned by Butler Lampson and designed by Charles P. Thacker  (both Turing Award recipients). The Alto was a step in the direction of small powerful personal computers, and it was considered an interim Dynabook.

Kay left Xerox PARC in the early 1980s to move to Los Angeles. In 1983, Kay worked for Atari for a year before joining Apple Computer. While at Apple, his research team developed Squeak, an open-source SmallTalk language. In 1997 Kay moved his team to Disney’s Imagineering division to continue his work on Squeak. Five years later, he established Viewpoints Research Institute, a nonprofit organization dedicated to supporting educational media for children.

Kay also held the position of Senior Fellow at Hewlett-Packard until 2005. He has taught classes at New York University’s Interactive Telecommunications program, the University of California, Los Angeles, the Kyoto University and the Massachusetts Institute of Technology.

Alan Kay is considered by some as the “father of personal computers” because he envisioned a small computing system in the 1970’s, long before notebook computers were available. The One Laptop per Child program and the Children’s Machine have adopted his concepts about children and learning. His most important contribution to computer science is his commitment to turning the computer into a dynamic personal medium that supports creative thought. He continues to explore ways in which computers can be accessible to children.