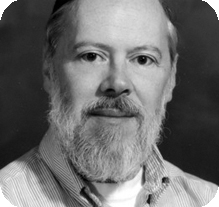 The BCPL language was designed at Cambridge University in 1966 by Martin Richards. It is a typeless block-structured imperative language that allows programs to access memory without checking. BCPL was designed to be easily portable to multiple system environments. Project MAC memo MAC-M-352 describes the language and its first compiler implementation.

The Compatible Time-Sharing System was developed for the IBM 7094 by MIT’s Computation Center and first demonstrated in 1961.

In 1970, Digital Equipment introduced the PDP-11 minicomputer, which had a 16-bit word size and an architecture that made adding new devices simple. It became very popular; hundreds of thousands were shipped before production ended in 1997. 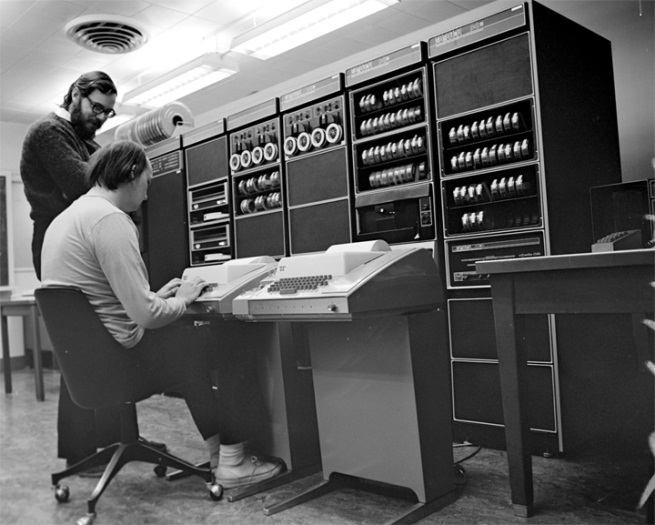 Ken Thompson and Dennis Ritchie (seated) working at the PDP-11.

Princeton provides a transcript of an interview with Ritchie conducted by Mike Mahoney here.