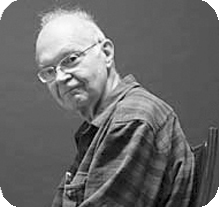 In 2007 Don Knuth was interviewed by Ed Feigenbaum for the Computer History Museum. They describe the subject matter of this interview as being:

In this wide-ranging interview conducted by Edward Feigenbaum, Donald Knuth talks about the progression of his life and career. Topics include his family background and early interest in music, physics and mathematics, his first exposure to programming, finding a mentor, and writing a doctoral thesis. He describes how "The Art of Computer Programming" became "the story of my life", and why it was put on hold for the TeX and METAFONT projects. He also talks about personal work habits, programming style, analysis of algorithms, the influence of religion in his life, and his advice to the next generation of scientists.

A transcript of this interview can be found here.