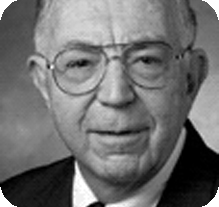 Ed Feigenbaum has three oral interviews that are available from the Computer History Museum, one conducted by Don Knuth, one by Nils Nilsson and the third done by Jon Plutte when Feigenbaum was inducted as a Fellow of the Museum.

He was also interviewed by William Aspray on March 3, 1989 for the Charles Babbage Institute.

Feigenbaum begins the interview with a description of his initial recruitment by ARPA in 1964 to work on a time-sharing system at Berkeley and his subsequent move to Stanford in 1965 to continue to do ARPA-sponsored research in artificial intelligence. The bulk of the interview is concerned with his work on AI at Stanford from 1965 to the early 1970s and his impression of the general working relationship between the IPT Office at ARPA and the researchers at Stanford. He discusses how this relationship changed over time under the various IPT directorships and the resulting impact it had on their AI research. The interview also includes a general comparison of ARPA with other funding sources available to AI researchers, particularly in terms of their respective funding amounts, criteria for allocation, and management style. This interview was recorded as part of a research project on the influence of the Defense Advanced Research Projects Agency (DARPA) on the development of computer science in the United States.

The transcript for this interview is available here.