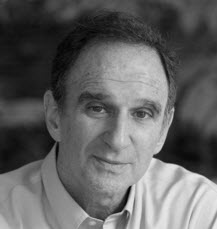 This article underpins public-key cryptography and is generally viewed as the principal basis of the many distinguished awards Diffie and Hellman have received, including the 2015 ACM Turing Award.  It represents a brilliant achievement that solved the problem of key distribution and digital signatures (authentication), setting in motion the developments—especially the RSA algorithm—that have had a profound impact on encrypted communication and digital authentication.

Presents the mathematics of public-key cryptography in relatively accessible form for a scientifically literate audience.  It also offers important context to the pre-history and early response to Diffie-Hellman’s public-key cryptosystem.  Hellman now cautions that this article's "emphasis on trap door knapsacks, which were later found to be insecure" means that it should not be relied on.

This extensive career-spanning (58 page) oral history I conducted with Martin E. Hellman is the most comprehensive publicly available interview with him.  It is the source of all quotes in this biography, except where otherwise noted.

This engaging book tells the story of the development of public-key cryptography by Diffie and Hellman, as well as public-key contributions made by Ralph Merkle and MIT scientists and mathematicians Ronald Rivest, Adi Shamir, and Leonard Adleman.

This textbook on cryptography (praised by Martin Hellman) offers a very clear and concise statement of the Diffie-Hellman protocol for their public-key cryptosystem.

Before switching to become a journalist, producer, and science/mathematics writer for popular audiences Singh completed his doctorate in physics from the University of Cambridge.  This is a well-informed engaging work spanning the long history of cryptography—including a useful chapter on the history of public-key cryptography (“Alice and Bob Go Public”).  It contains biographical information on both Hellman and Diffie and their great achievement with public-key, and unlike some works, also gives proper credit to the insightful research of Ralph Merkle in this area.

This addresses the history of standards on both the encryption side (DES) and operating system side (work of the Department of Defense/NSA National Computer Security Center)—drawing on interviews I conducted with Willis Ware, Martin Hellman, James Bidzos, as well as many other resources.